Tips for successful marriage or tips for how to deal with women.

Here, I am not going to write much but will show you some images.

First, know what kind of material a woman is made of! Read the Data Sheet.

Now, see the following diagram to see how women’s habbits are compared to a typical man’s. 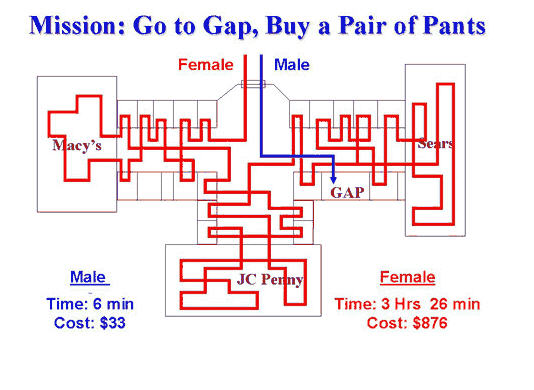 Look here at a major difference in friendship between men and women:

Friendship between women:
A woman didn’t come home one night. The next morning she told her husband that she had slept over at a friend’s house. The man called his wife’s 10 best friends. None of them knew anything about it.

And, last but not the least, see here how much are your chances to succeed in arguing with women! 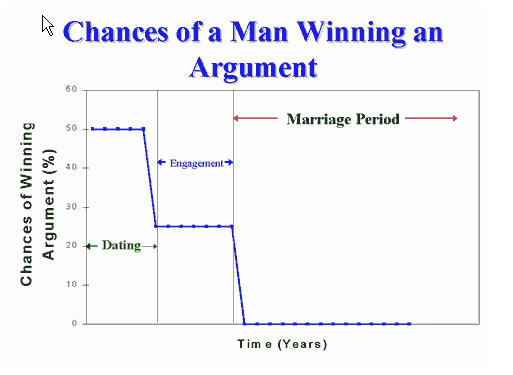 So it comes back to my favorite quote: When you are right, shut up…