A FEW DIFFERENCES BETWEEN PUTIN AND OBAMA: 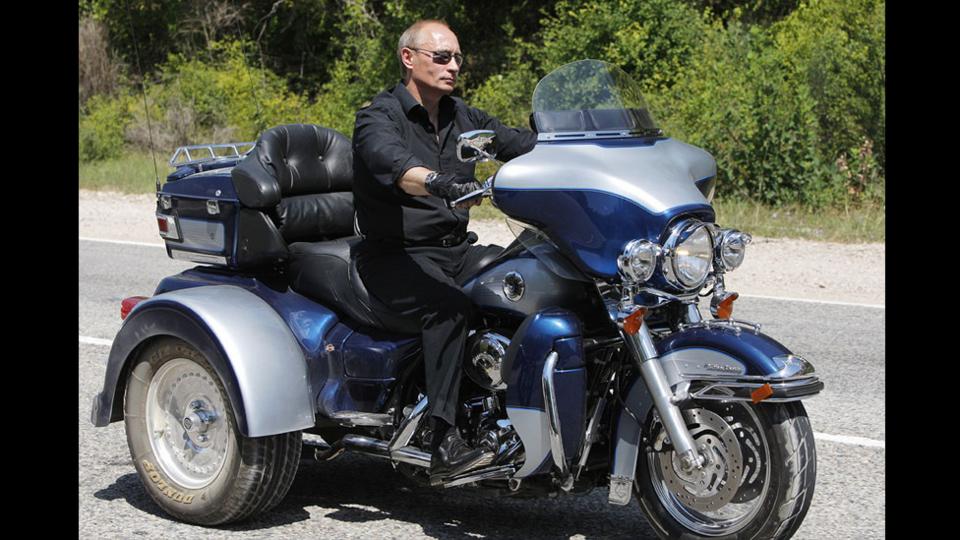 Displaying his macho credentials, Putin rode a Harley Davidson trike as he joined bikers at a convention near Sevastopol on Ukraine’s Crimean Peninsula. 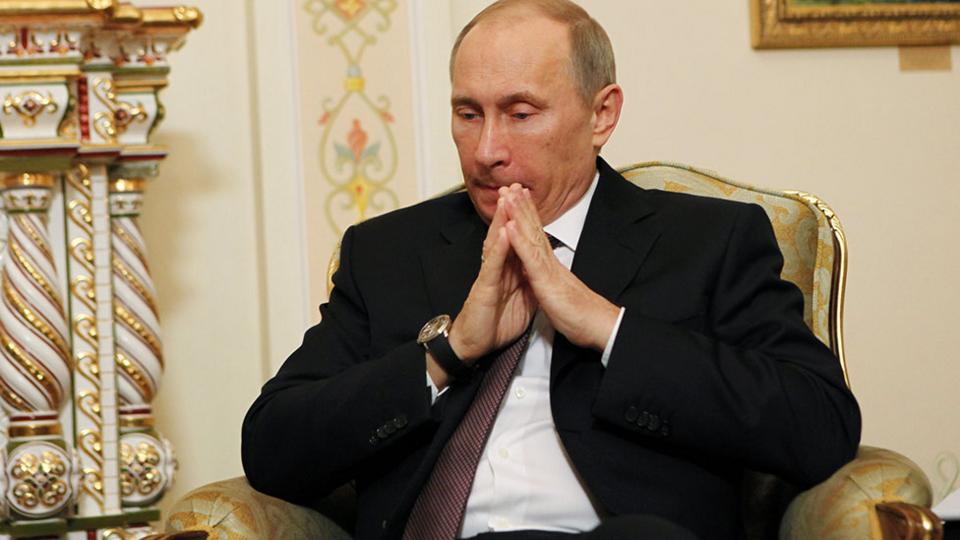 A 2012 report in the Moscow Times estimated the value of Putin’s watch collection at roughly 22 million rubles  or around $682,000. 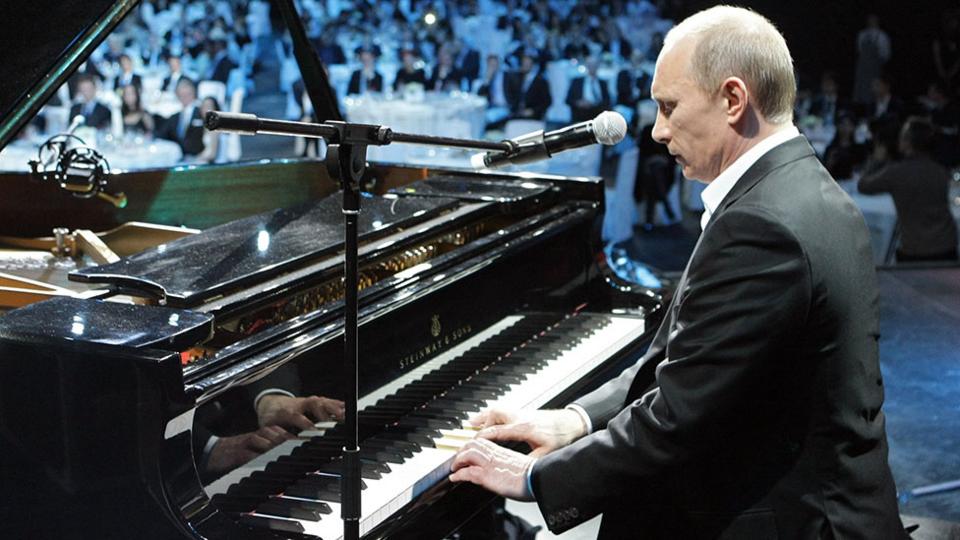 Immaculately turned out in white tie and tails, Putin made his ivory-tickling and singing debut during a charity concert in Saint Petersburg. 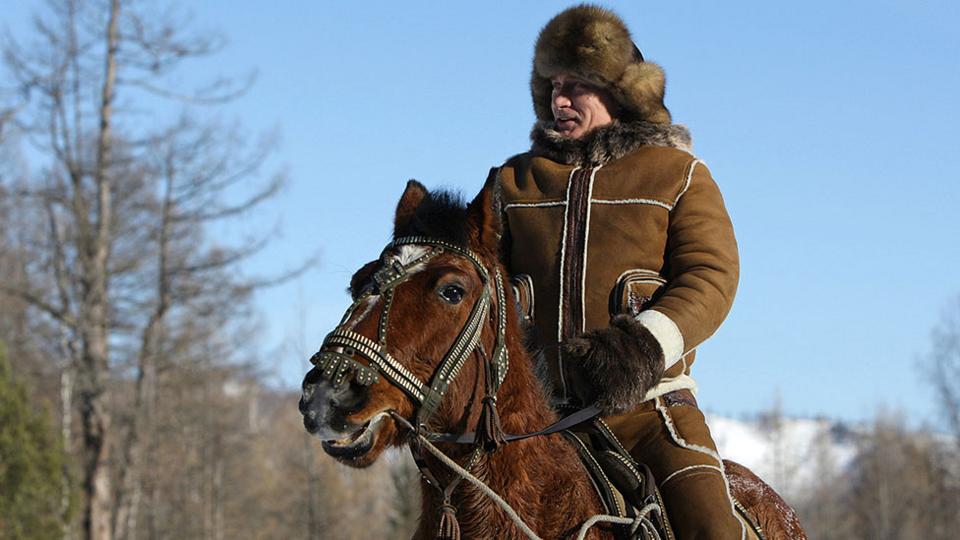 Often pictured engaged in action sports, Putin takes a horseback ride in the Karatash area, during his working trip to Khakassia 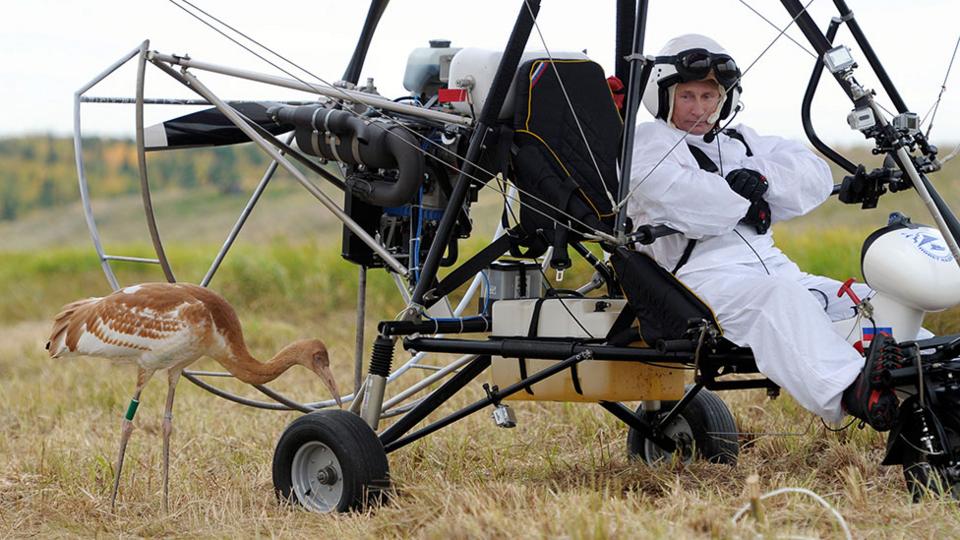 Showing a gentler side, Putin made three flights on a motorised hang glider wearing a fluffy white jumpsuit as part of an experiment to preserve a rare species of crane. 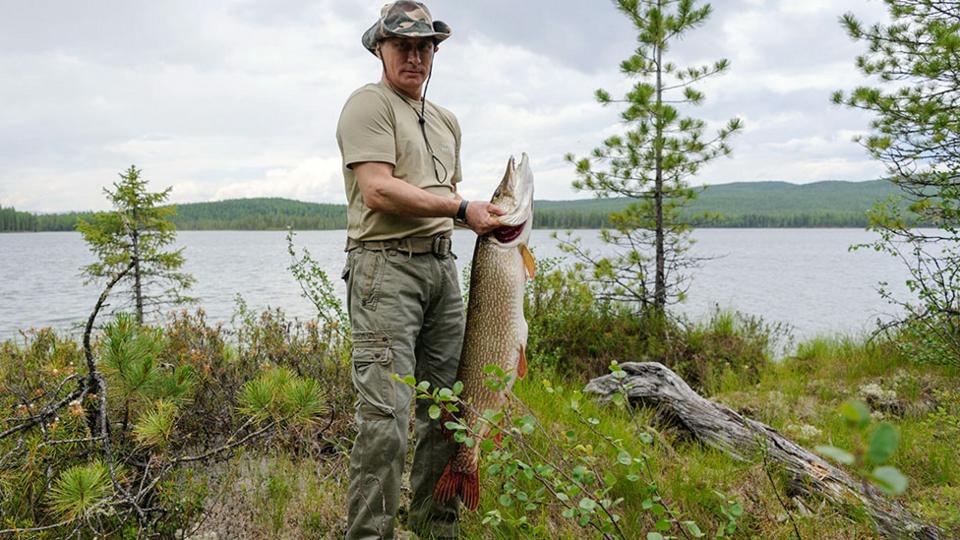 Putin is shown in combat gear, this time holding a huge pike on his summer holiday. 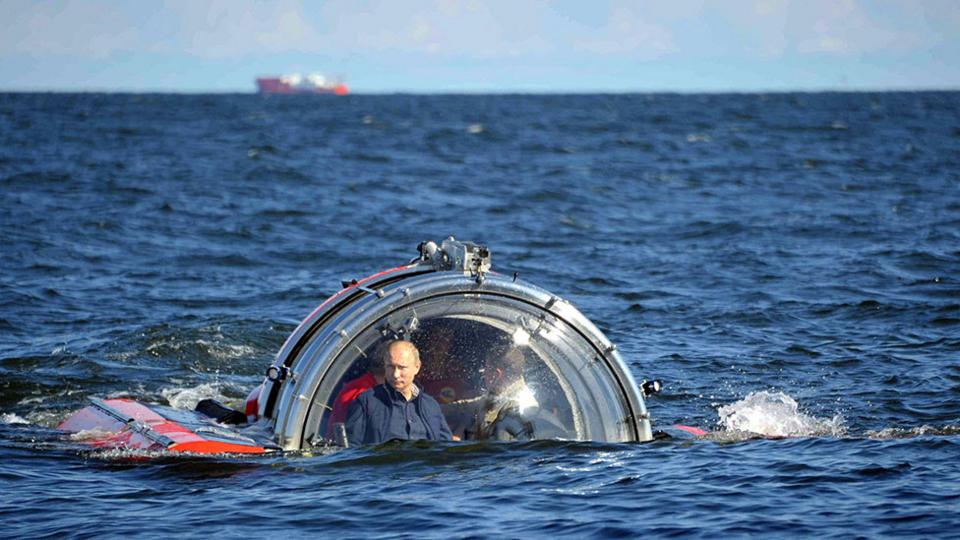 In one of his action stunts, Vladimir Putin boarded the Sea Explorer 5 to travel to the bottom of the Gulf of Finland.